This unique process produces a special aroma and flavour you will only find in Cohiba. In 2012 the Pirámide Extra became the first addition to the Línea Clásica since 1989. The vitola is unique to Cohiba. It is also the only figurado shape to be found within the portfolio of Cuba’s premier cigar brand.

The Cohiba Piramides Extra Cigaris a truly opulent and luxurious smoke. This Cuban cigar was introduced during the 14th Festival del Habano, held in Cuba through February of 2012.

There were four types of tobacco leaves used in the making of this cigar – giving it a complexity of flavours. Each of these leaves has undergone the Cohiba trademark third fermentation process. It measures at a large 160mm by a 54 ring gauge – it’s a force to be reckoned with.

The flavour powerhouse delivers a medium-full flavour profile – with notes of smoked wood, alongside leather and vanilla. The Torpedo cigar gives you a whole two hours, to sit back, relax and puff away. 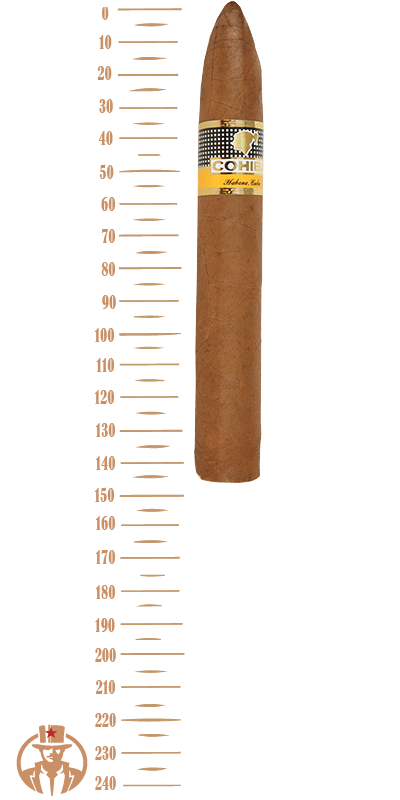 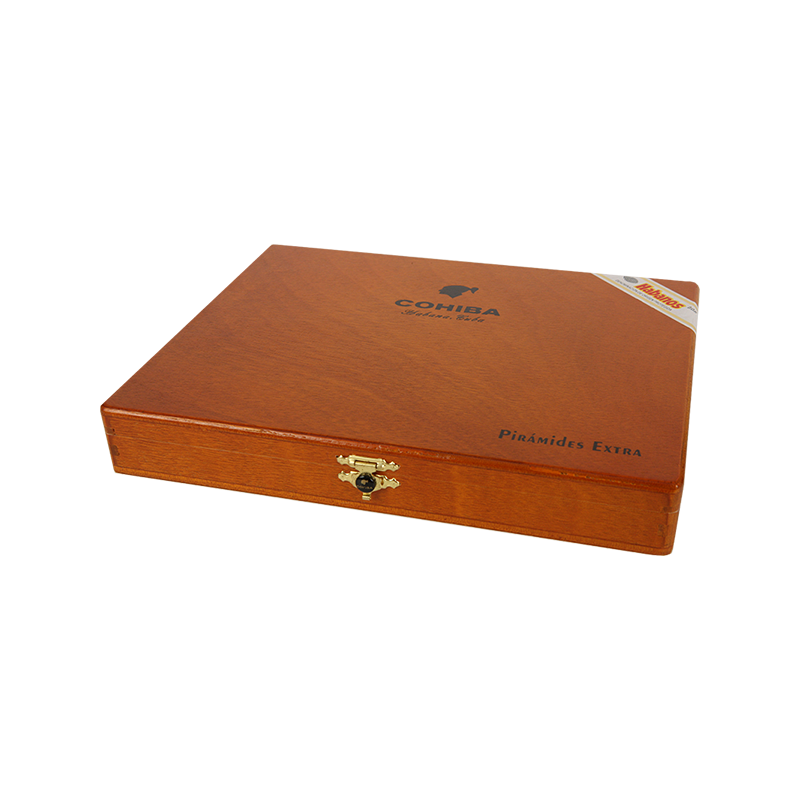 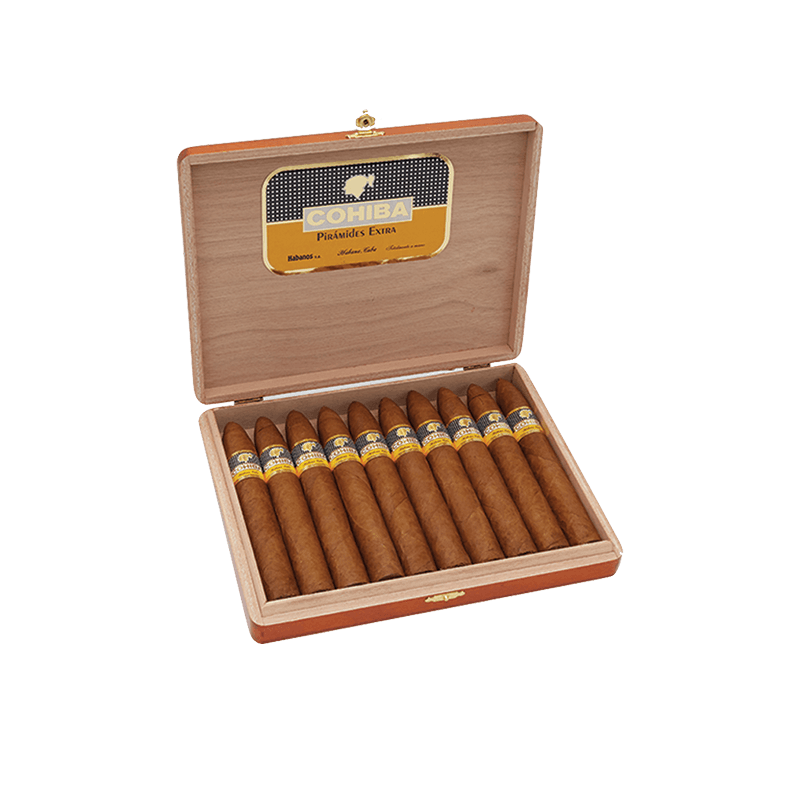