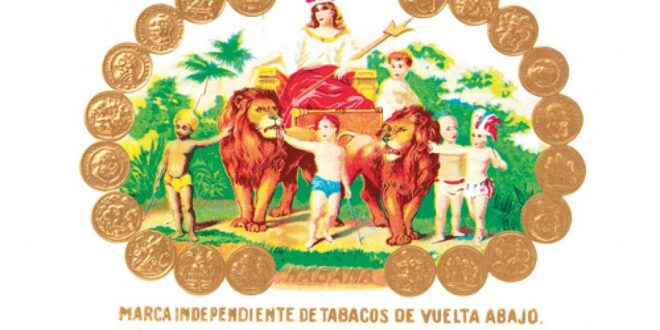 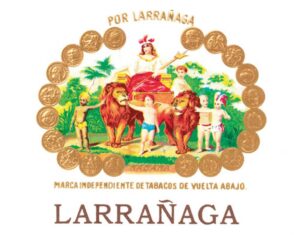 Por Larrañaga is a brand with a long history. Founded in 1834 it enjoys a well-earned reputation for its consistency and good presentation. All the filler and binder tobaccos in Por Larrañaga come from the Vuelta Abajo zone. The range includes cigars made using both the Tripa Larga, Totalmente a Mano – long filler, totally hand made – technique, and the Tripa Corta,Totalmente a Mano – short filler, totally hand made – method. The short filler size also incorporates tobacco leaves from the Semi Vuelta zone.

Por Larrañaga was registered in 1834 by Ignacio Larrañaga, a Spanish immigrant who came to Havana in 1825. Larrañaga established his first factory at 58 San Miguel Street in the city. By the end of the 19th century, Por Larrañaga had become a well-known premium cigar brand producing both expensive and inexpensive cigars. In 1920, the company purchased a larger factory building for $100,000 on Carlos Tercero (Carlos III) Street in Havana.

In 1925, after years of labor interruptions and labor shortages Por Larrañaga became the first factory to make machine-made cigars, after importing new rolling and wrapping machines from the USA. The new technology could use high quality Cuban leaf and produce a cigar with an acceptable draw for only about 25% of the cost of a hand-rolled cigar, and a machine operator could be trained in two weeks as opposed to the years of training required to acquire the skill needed to rapidly hand-roll a cigar.  Por Larrañaga’s decision to introduce automated cigar making on the island resulted in strikes and a boycott by factory cigar-rollers, and Por Larrañaga was forced to return the machines to the seller.

In 1960, the Cuban revolutionary government nationalized all cigar companies including Por Larrañaga. At the time of the revolution, Por Larrañaga was the sixth largest producing Cuban brand. Production was moved from the building on Carlos III Street in Havana to the La Corona factory at Avenida 20 de Mayo.

Up until the 1970s, Por Larrañaga remained a respectable and popular premium cigar brand. In the 1980s production fell dramatically and due to trademark litigation in the 1990s, export of the brand was reduced to only a few countries. For some time the brand was reduced to almost entirely machine-made or hand-finished and was mainly sold in Canada and the Middle East. Since 2002, all vitolas are totally hand-made, using either long-filler or short-filler leaf sourced from the Vuelta Abajo.

In 2006, Habanos produced a few thousand boxes of Por Larrañaga Lonsdales (a discontinued vitola much mourned by aficionados of the brand) for release in Germany. The cigars were packaged in 25-count dress boxes and marked with a special second band that read “Exclusivo Alemania” (Germany Exclusive).

Cigar Aficionado’s December 2006 issue reviewed its first Por Larrañaga outside of its “Connoisseur’s Corner”. The petit corona selected scored 91 of 100 on the CA rating scale.

“All About Habanos Cuban Cigars Brand “