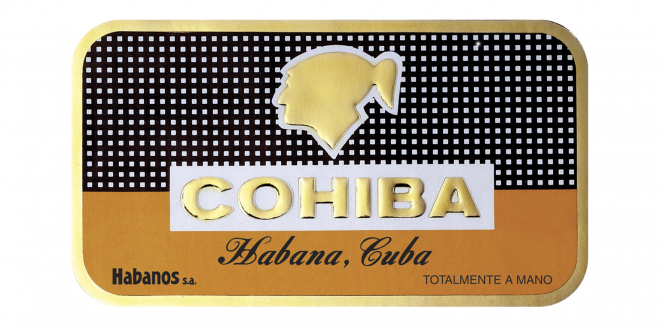 Cohiba is the flagship brand of Habanos.

It was created in 1966 for President Fidel Castro himself and was made at the then top secret, but now world famous, El Laguito factory. At first, it was only seen outside Cuba as gifts for heads of state and visiting diplomats.
Since 1982 Cohiba has been available in limited quantities to the open market.

The term “Cohiba” is an ancient word of the Cuban Taino Indians for the wraps of tobacco leaves that they smoked. Columbus’ report testifies to this wrap as the first form of cigar known to Europeans.

The leaves of the Cohiba represent the “selection of the selection” from the five best Vegas Finas de Primera in the San Juan y Martinez and San Luis areas of the Vuelta Abajo region.

It is typical of the Cohiba that two of the insert leaf types, Seco and Ligero, are additionally fermented in barrels for a third time, which helps the cigars to achieve an extremely smooth and rounded development of their variety of flavors. No cigar combines strength and finesse in the same way as a Cohiba.

The Línea Maduro has been part of the Cohiba brand since 2007. It consists of three formats, which are characterized by particularly dark cover pages. Specially selected and fermented wrappers are subjected to a minimum of five years of maturation in Tercios (tobacco bales wrapped in royal palm leaves). This causes an extraordinarily complex aroma development of these medium-strong to strong cigars.

All formats of the Cohiba are ‘totalmente a mano, tripa larga’ – long fillers made entirely by hand.

Cohiba is the most prestigious and flagship brand of Habanos.  This is the only Habanos brand in which the tobacco goes through the third fermentation process.

One of Fidel Castro’s bodyguards, Bienvenido Perez, offered his boss a cigar rolled by his friend Eduardo Rivera.  Fidel Castro liked the cigar so much that he asked Mr. Rivera to make more.  This cigar, later became known as the Lanceros and remains one of the most iconic cigars on the market.

These are the cigars that began to be offered to diplomats and foreign heads of state.  They had no bands or cigar name at the time.  Cigar bands featuring the names of the VIPs receiving them were used.

In the same year, a small factory was set up to manufacture these cigars.

Eduardo Rivera’s personal assistant, Celia Sanchez, christened it Cohiba.  This is the word the Indians called cigars during the time of Christopher Columbus.

The factory moved to what has become today one of the most famous buildings in the cigar world; the famous El Laguito Factory, located in Playa, Havana.

From 1969, until 1994, the cigar band consisted of several different versions.

The brand was marketed internationally, with it’s launching party at the Ritz Hotel in Madrid.

The Linea Classica was launched and included the; Esplendidos, Exquistos, and Robustos.

The famous and very popular Siglo VI was launched

Also, in 2002, Cohiba was the first Habanos brand to launch a Gran Reserva cigar.

The Maduro 5 Linea was launched including the Genios, Magicos and Secretos.

The first ever Gran Reserva cigar was released, the Cohiba Gran Reserva Siglo VI Cosecha 2003.  The black lacquered boxes include 15 cigars, and only 5000 boxes were produced.

One of the most sought-after cigars in the market was launched, the Linea Behike.  Includes the Behike 52, 54, and 56.

To commemorate 50 years of the brand, a special cigar and humidor were released called the Majestuosos 1966.  They are highly collectable.