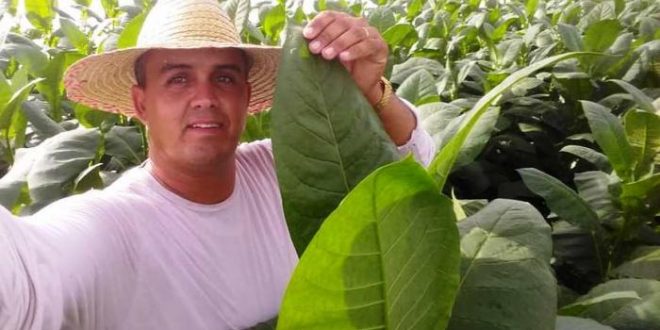 That that young people do not like to work in the fields does not go with Noel, who at 33 is already considered the best producer of covered tobacco in Cuba, not to mention his extraordinary results in the production of various crops and proteins. on his farm. 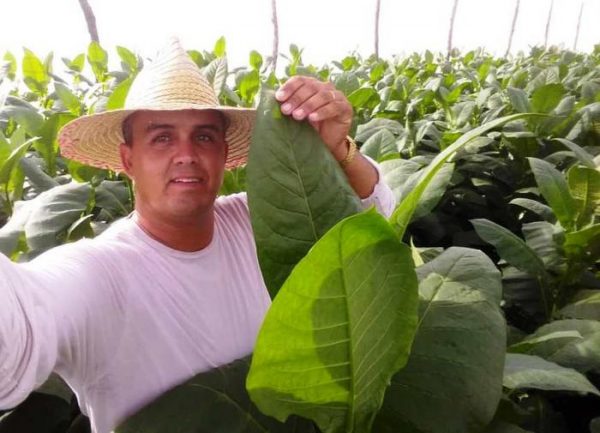 The untimely injury to the meniscus in one of his knees put an end to the dreams of the young Noel Rolando Benítez and his family, who had the illusion of one day seeing the boy at the top of the Olympic podium. That day a great champion was lost, but a peasant was won, who today is a model of how much can be achieved when you work with the passion that hard work requires.

After winning sixth place in the team World Cup in Torino, Italy, and the title at the Central American and Caribbean Games in Cartagena de Indias 2006, the coaches had been much more excited to see the progress of the young man from Villa Clara. However, there was that unforeseen event that put an end to Noel’s sports career.

«It was a very hard blow, because fencing was my life. I cried, because he had many skills in handling the sword and, according to my coaches, he was a very technical athlete, with real possibilities of providing medals for Cuba, “recalls the young Remedian, who lives in the small town of Tahón.

Faced with the unforeseen event, his father, Pablo Miguel Benítez, called him to chapter and told him firmly: “Son, now it’s your turn to change the sword for the guataca and the tobacco cutting blade”, a concise phrase that Noel has tried to honor each day, and that has led him to become one of the best peasants in Cuba.

That that young people do not like to work in the fields does not go with Noel, who at 33 is already considered the best producer of covered tobacco in Cuba, not to mention his extraordinary results in the production of various crops and proteins. on his farm belonging to the CCS Rodolfo León Perlacia, from Remedios.

Beyond having a university degree, he speaks in a hearty manner, with the characteristic accent of country people. Their language is that of work: “Working in agriculture is very hard. It is not the same to practice sports than to sow or cultivate in full sun. But with the example and the help of the old man, I have managed to get ahead “, and he recognizes that when you work with love, results come.

As a veguero, his rise has been meteoric. Last year, it planted 30 hectares of covered tobacco, with a yield of 1.20 tons per hectare, of which 60% were layers destined for export; With this result, it became the best producer of covered tobacco in the country.

For the coming campaign, his goals are higher, based on an investment carried out on his farm for the establishment of a controlled cure house and the implementation of a drip irrigation system, in addition to the use of his own postures, which is a guarantee of quality and a good harvest, he points out.

There, various short-cycle crops are also encouraged, in the lands that serve as a base for the aromatic leaf, taking advantage of the residual fertilization of the soils. In this way, crops such as corn, cassava, sweet potato, cucumber, beans, tomato and rice, among others, are rotated, those that occupy spaces in the prosperous farm, which allowed last year to deliver to the State more than 150 tons of viands, vegetables and greens.

Another of the interests of the young man, who shares his work as a peasant with his responsibilities as a delegate of the Popular Power and president of the popular council of Tahón, is to promote a powerful livestock module, where he has pigs, rabbits, rams and chickens, among others. animals, thereby supporting the family and making contributions to society, such as those delivered to various hospitals and isolation centers during the pandemic.

And to those who tell him that he is going to become a millionaire with so many earnings, he answers smilingly: “If the money comes from honest work, it will be welcome.”

Previous TOBACCO SHORTAGE CONTINUES FOR 2022
Next MEGA SAVINGS 15% OFF ON REGULAR PRODUCTION!