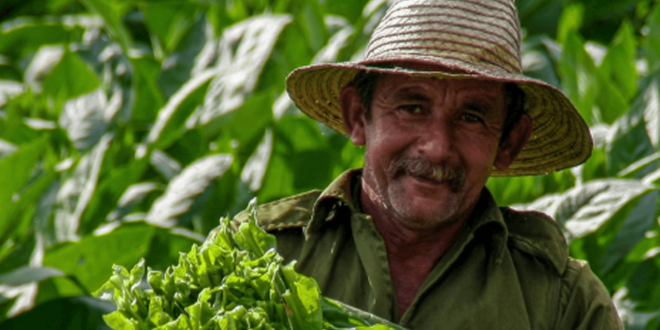 TRAVEL TO PINAR DEL RIVER ALLOWS GO INTO LANDS LIKE SAN JUAN AND MARTÍNEZ AND SAN LUIS, WHERE THEY ARE CULTIVATED NEATLY THE PLANTS OF WHICH ARE OBTAINED THE LEAVES THAT GIVE ORIGIN TO THE EXQUISITE AND SINGULAR HABANOS.

To travel to San Juan and Martínez, considered «The land of best tobacco in the world », You have to leave behind Havana and take the highway to Pinar del Río, for later, already being in the head city of the westernmost province of Cuba, advance yet another 30 km. Of course: it will not be difficult to check that we arrived at a place where tobacco is king, retracing.

Tobacco is the king in the zone Vuelta Abajo, a land that provides all Kind of leafs that are used essentially for the elaboration of the Habanos: for the Tripa ( Binder), the Capote and Capa ( Wrapper).

Already in the area of ​​Vuel tabajo, which provides all types of leaves that are used essentially for production of Habanos: for the gut, cape and cape. As there are two different ways to cultivate it, according to destiny end of the leaves in the confection of the Habano, in the landscape they alternate the tobacco vegas in the sun, of an intense green color, and other that grow half secretly, covered by a fine white cloth to protect the plantation from inclement weather and direct solar radiation, which allows further growth and less thickness of the leaves. The outdoor fields span the largest surfaces and provide the four different leaves that can make up the tripe of a Habano (flown, dry, light and half time). From them you also get the cape, used to wrap that set preliminary – basic body of the ligada -, that case by case responds to an old formulation that distinguishes and differentiates to each Habanos brand and its vitolas. From covered vegas it is extracted the layer, very delicate, thin leaves and of soft texture, used in the manual twisting for termination and elegant final appearance of these works of good taste and glamor, patient dedication outputs and the experience of the cigar makers Cubans from the field to the industry. 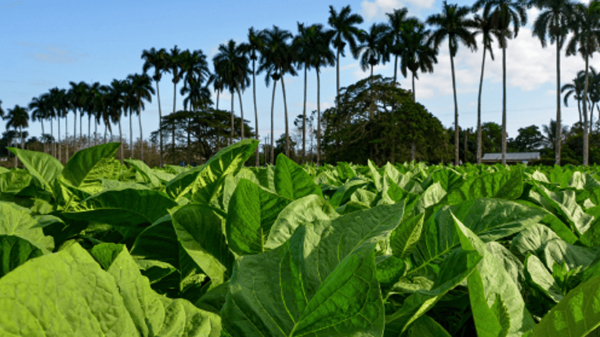 On both sides of the road on the way to San Juan and Martínez, narrow and winding, difficult to pass by horse carriages or people on bicycles who must circumvent, the greenish crop grows and make visible in the mist, the curing houses. Soon the traveler realizes that he entered a place with different customs and even with an own schedule, which begins very early in the morning, when the vegueros, what do they know a world to this business, they take the animals to graze. For these men or women dedicated to the tasks of the fertile plain, there is nothing but field and work from sunrise to sunset during the 90 days that the campaign is prolonged; nor anything in the heart or the mind that breaks the constant sequence of attentions required by each plant in the field, since the planting of first position, until it is collected the last of its leaves.

No one like them to detect what is the time when it is necessary “Cover” the plants that will be destined to the layers of Habanos, take them off so they don’t “go away in vice », pay them over and over time, put pesticides on them, taking care that the dreaded «mold blue », and collect them starting by the ones below, and especially the the middle, the largest, finest and less greasy, ideal for coating the famous Habanos. At the edge of noon, the day almost finished, when they take out tobacco leaves on stretchers collected towards the priest’s house, where they are strung and placed in the cujes or rods in which they will sleep for several months while they dry.

There are many that this region They live for and by tobacco. In fact, all of San Juan and Martínez, as well as the neighboring municipality of San Luis, beats, laughs or cries at harvest compass, and in its corners is discussed equally of baseball or fertilizers, politics or rain. No wonder in a territory where they are grown about 250 caballerias of tobacco from different types, of them more than 40 dedicated to capping to obtain of layers required by the Habanos.

Two streets divided in half the town of San Juan y Martínez: one going and one back. At the beginning, where the road, is its Central Park. On one side of this, a high gate remember that there began the Hoyo de Monterrey farm, which still preserves the entrance portico and the original fence.

The whole town is a huge colonnade of portals that they communicate with each other. It more curious is that wherever you want you look at it, you can see the tobacco. Already be smoked by the old men in their armchairs, on the sidewalks or on the benches; in the many chosen scattered throughout the town, in the mouth of the peasants who pass with their “spiders” thrown by a single horse, or in the houses of curing that can be guessed in the horizon.

San Juan y Martínez was founded between 1740 to 1745, without there is an exact date of this event, although it is known that since the seventeenth century these herds had been handed over to settlers Spanish people. Actually growing tobacco started from the second the middle of the 18th century, when established plantations in Los Palacios, Consolacion del Sur, Pinar del Río and San Juan y Martínez.

Without However, it was not until the 19th century, with the elimination of the watertight in 1817 and the removal of other obstacles commercial years later, which tobacco production took hold as a fundamental line of the region. The village was burned by the mambises who fought against Spanish rule on February 21 1896, Dignity Day

It is a territory where cultivate about 250 caballerias of tobacco of different types, of which more than 40 dedicated to capping for obtaining required layers for the Habanos

Sanjuanera, and they only stayed in stand the walls of Monterrey and the church tower, which is still the highest height in town. A few kilometers from San Juan y Martínez raises the Station Tobacco Experimental, founded on January 31, 1937, which is the second scientific-technical institution oldest in Cuba. Her important varieties have come out of tobacco from which obtain plants with greater numbers of leaves and more resistant to diseases like blue mold and the black leg.

Alejandro Robaina was the only one Cuban who has been able to see in life a tobacco that would carry its own Name. Habano Award in Communication, died in 2010, a the 91 years of age, with which an active legend disappeared and a glorious chapter was closed in the history of Cuban tobacco and universal.

Las Vegas from whom it became into an idol for lovers of Premium cigars, are located on the highway to San Luis, in the perimeters of the blades Barbecue Barbecue Blades.

To the El Pinar farm, with its house of housing and several to cure tobacco, you get there without asking much. Everyone knows these more than 8 has extension, where the family Robaina, from 1845, began to grow an aromatic leaf of great quality, thanks favorable conditions of the reddish soil, of the climate, the use of organic matter and peasant wisdom. They say that with nine decades in tow, old Alejo he directed his harvest himself. I know I got up at five in the morning, with the tobacco that he hand rolled his granddaughter in hand, for from the portal to watch everything, in the chance that the friends and the national and foreign visitors.

He liked to sit down to exchange with another grandson who gave him hacienda accounts, while the children informed him of how sales were marching.

But in San Luis not only the always remembered old Alejo and his family have lived off tobacco. So have the inhabitants of this town along over centuries, and that tradition still defines today, as an essential part from the tobacco epicenter of Cuba.