THE RUM OF CUBA HAVANA CLUB

THE RUM OF CUBA HAVANA CLUB

The Rum of Cuba Havana Club Shaped by Cuban climate, geography, history, and people, rum is an essential part of the nation’s culture. As its finest expression, the Havana Club range represents this rich heritage. Produced by Maestros del Ron Cubano following traditional Cuban methods, enjoyed by Cantineros and rum drinkers around the world to the rhythm of the best Cuban music, Havana Club embodies the spirit of Cuba.

THE FINEST RUMS HAVE ONE THING IN COMMON: TIME

“What makes our rums special? It’s the unique ingredients that nature has provided: rich sugar cane, fertile soil, the perfect tropical climate that gave Cuba the nickname “the isle of rum”. It’s the people: from the harvesters to the workers in our distillery to the master rum-maker, all driven by a passion for this Cuban tradition. And it’s also time, for every single one of our rums is aged for at least three years. Is it worth it? We think so.
“Cuban rum has its own specificities that are very hard to replicate anywhere else than in Cuba.”
Don Juan Carlos Gonzalez, Maestro del Ron Cubano” 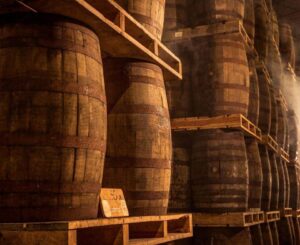 Our three best-selling rums embody the Cuban light rum style, with its lightness and freshness paired with the complexity and elegance that comes from natural tropical ageing. Each undergoes a distinct ageing process to release the optimum flavours for specific cocktails or simply for sipping.

THE HAVANA CLUB PRESTIGE COLLECTION: THE GENUINE TRADITION AND HERITAGE OF CUBAN RUM

Havana Club Verde is the reinterpretation of everything you think you know about Cuba. Urban lifestyle and constantly new facets. Versatility, joie de vivre, innovation, and culture clash. Well-known aromatic boundaries blur when we combine our legendary Cuban rum tradition with the methods of gin production for the first time. This product is sold exclusively in Germany.

Havana Club Especial is a premium golden rum characterized by its smooth and well-rounded taste profile. The liquid is perfectly balanced and combines the lightness of flavour associated to white rums with the fruity complexity that is typical of more aged rums.

“The very essence of Cuban rum” as described by its creator, the late great Don José Navarro. Havana Club 7 Años perfectly demonstrates the versatility of high- quality Cuban rum, as well as the deep commitment and expertise of our Rum Masters to a complex ageing process. To be enjoyed neat, on the rocks or in cocktails, but always in good company!

Cuban Smoky is a real rule-breaker in the world of rum. A rum base used in its liquid has been aged in malt whisky barrels from Islay in Scotland. This gives Cuban Smoky added body, complexity and its signature smoky notes, which can be fully appreciated with a simple neat serve over ice. Are you ready to step up to Smoky? This product is sold exclusively in Cuba and Canada.

Havana Club Selección de Maestros is the result of a unique collaboration among Maestros del Ron Cubano, who gather every year to select one by one the barrels in our bodegas that are worth of their ‘Selección’.

Havana Club 15 is a blend of high-quality reserve rums, which have been aged in white oak barrels for at least 15 years in the warm and humid tropical climate of Cuba, producing a high percentage of ‘angels’ share’ and giving this exceptional rum its distinctive dry note.

Havana Club Unión is the first ever Cuban rum created especially to be paired with the beautiful and full-bodied flavour of a fine Cuban cigar. A celebration of the natural match of two of Cuba’s greatest icons, both born from the same exceptional climate and fertile terrain, Havana Club Unión is truly inimitable.

Havana Club Tributo is a series of limited-edition releases that pay tribute to the exceptional variety and richness of Cuban Rum and the know-how of the Masters of Cuban Rum.

Havana Club Máximo is the ultimate expression of Cuban Rum. Handcrafted by blending the best and oldest rum reserves that have been left to age in Havana Club’s cellars, it is an exclusive and precious expression of the best Cuban rum can offer and is produced in only 1,000 bottles each year.

Previous PIÑA COLADA MADE WITH HAVANA CLUB 3
Next CLASSIC DAIQUIRI 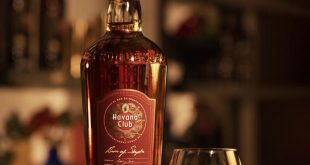 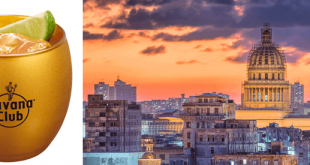 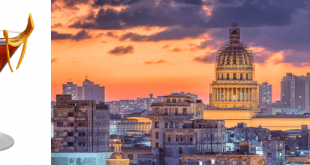 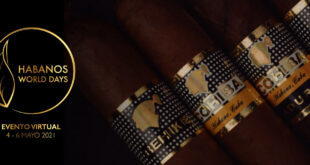