The province of Pinar del Río, the largest producer of the tobacco leaf in Cuba

The province of Pinar del Río, the largest producer of the tobacco leaf in Cuba

The province of Pinar del Río, the largest producer of the tobacco leaf in Cuba, closed the month of January with the planting of more than 13,900 hectares of the nightshade and expects to conclude the plantings on February 28, despite the complexity of a campaign affected in its beginnings by the persistence of the rains.

Thanks to the consecration of the producers, and to the territories of Guane, Mantua, Minas de Matahambre, Los Palacios and Viñales, they fulfilled their respective plans and continue those tasks in order to materialize an extra-plan, accompanied by the favoring of the climate for cultivation. .

In the same way, profits are progressing, as Virginio Morales Novo, an agricultural specialist from the TABACUBA Group, told the ACN, who also stressed that the large number of workers incorporated into this work is striking, since there are more than a thousand.

At present – he indicated – all the companies harvest tobacco and the Virginia varieties began to be cured and covered in drying chambers and curing houses.

Until the last ten, 344 thousand cujes of the aromatic leaf were collected and in the current one it is expected to reach 593 thousand.

The adversities of the climate at the beginning of the campaign forced a readjustment of the planned technical economic plan, which now amounts to 15,800 hectares, although it is the purpose of the people of Pinar del Río to exceed the figure, for which they make an extraordinary effort, in favor of the country’s economy.

The plantations in the land of the best tobacco in the world show very good development and according to the omens of harvesters, Pinar del Río is on the verge of a good fight.

The western province, contributes to the twisting industry all the capes, casings, as well as volumes of layers, sheets that cover the famous Havana cigars. 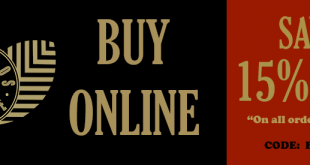 MEGA SAVINGS 15% OFF ON REGULAR PRODUCTION!

MEGA SAVINGS 15% OFF ON REGULAR PRODUCTION! Save 15% OFF on all Cuban Cigars! Discount …