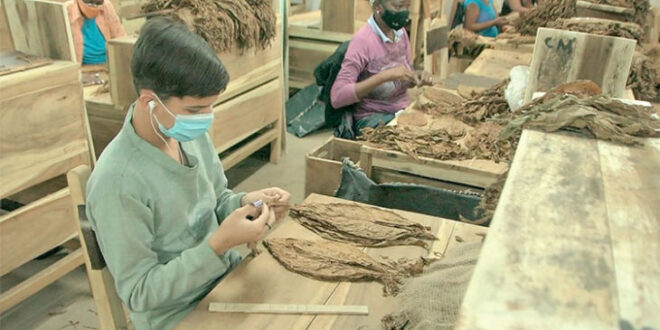 From a pine forest, thousands of jobs in Pinar del Rio

From a pine forest, thousands of jobs in Pinar del Rio

It is not yet eight in the morning and in Despalillo VD-1 Niñita Valdés there are more than half of the workers; in front of them on the benches stand pallets of tobacco leaves waiting for the dexterity of their hands. When the bus that transports the workers arrives, all the positions will be filled. 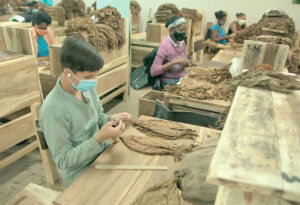 Despalillo: among the positive impacts generated by the Ordering Task in a short time, is the incorporation to work and the increase in productivity. Photo: Pedro Paredes Hernández

It is a new scenario, since before the labor force deficit hit the center. The change is not only due to the fact that the property has been renovated during 2020 as part of the dignification process that is being carried out in the sector. There, better conditions have been created for the performance of their functions, storage of raw materials, renovation of furniture and other elements that contribute to productivity.

Agriculture is the economic activity to which the largest number of people have been incorporated in the province, especially in the tobacco and forestry companies, as confirmed by Alina Hernández Martín, Deputy Director of Employment in the Provincial Directorate of Labor and Social Security in Pinar del Río .

In the command posts enabled in the Popular Councils to serve those considered vulnerable, they have the strategy of offering the available places to those who do not meet the requirements to receive monetary benefits and can work to obtain their livelihood.

Under this concept, out of 5 thousand 136 residents of Pinar del Río who requested the aforementioned benefits, only one thousand 826 were approved. Among the reasons was that some of those who did not classify, although they cannot work due to age or health, have family members obligated to guarantee their care and health. maintenance.

In this way, as well as by free and spontaneous attendance at the Municipal Labor Directorates, more than 7 thousand people received job proposals. 61% of them, more than 4,200, accepted them, Hernández Martín reported.

He also considered that now they have the great challenge of individually monitoring each case and verifying the incorporation, and specified that the use of the TrabajarEnCuba application should be promoted, which allows the population to know the places available in other municipalities and that can be many times more attractive.

When evaluating the issue in the Provincial Defense Council (CDP) Jorge Luis Salas Rosette, coordinator of Programs and Objectives of the Government’s Economy, pointed out that territories such as Viñales and La Palma have fewer vacancies to offer, so they are looking for in those new capacities localities. More than 40% of those incorporated are young people and women.

Margarita Viamonte Duarte, director of the Despalillo grassroots business unit (UEB), belonging to the Pinar del Río Tabaco Storage and Processing Company, points out that they currently have 130 operators on VD-1, and a waiting list with suitable people to join.

Hygienic-sanitary measures to prevent the spread of COVID-19 require that there be, between one position and another, more than a meter and a half of distance, so they do not use the maximum capacity; However, they managed to exceed the production forecast for the month of January by 20%, while the sales made amounted to 4.5 million pesos.

The general secretary of the union section of the center, Elizabeth Cuza Monjes, pointed out that the benefits of the new piece-rate system are very encouraging. The operators know each day what they earn, which allows individually to know the magnitude of the personal effort.

At the request of the group, they open at six in the morning and there are still those who are still at the post until the early hours of the night; The average salary in January was higher than 3,500 pesos, although some earned more than 9,000, such as Cuza Monjes, with 28 years of permanence in the activity.

Among the purposes of the Ordering Task is to consolidate work as an essential means of sustenance and satisfaction of needs. In Pinar del Río the largest number of covered places belong to the business sector and are linked to production.