About: Brascuba the manufacture of COHIBA Premium Cigarette

About: Brascuba the manufacture of COHIBA Premium Cigarette

“COHIBA The brand designed for smokers who always select the best..” 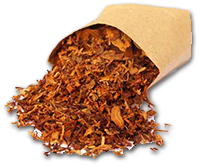 COHIBA is a premium cigarette of black tobacco, heir to the quality of the brand and possessing a distinctive aroma due to the exclusive selection of the Vuelta Abajo leaves, where the best tobacco in the world grows.

Since its emergence in 1987, these cigarettes have been symbols of high quality in the national and international market. In 2003 BRASCUBA began the production and commercialization of the COHIBA cigarette, with its Original version, a 100% black tobacco product, of authentic flavor and exceptional quality, aimed at the consumer of Premium cigarettes in the domestic market. In 2006, the results of its sales began to be sold worldwide.
Endorsed by the heritage of the cigars, the brand has a quality image that places it in very favorable conditions to reposition itself in some of the current export markets and for its introduction into new markets.

With the veins strung the tobacco undertakes its careful process of air curing, which is responsible for removing moisture and coat the leaves with a golden carmelite dye. After aging, the leaves are ready for a new selection. Intended for the Premium smoker, Cohiba cigarettes become a symbol of high quality and prestige. This distinction responds to the exclusive aroma and flavor of tobacco leaves from Vuelta Abajo, the best tobacco area in the world. Available in three versions – 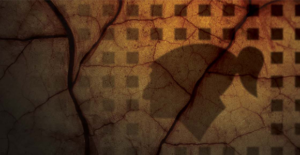 COHIBA is a 100% Cuban cigar premium cigar, heir to the quality of the brand and with a distinctive aroma due to the exclusive selection of Vuelta Abajo leaves, where the best tobacco in the world grows.

It is preferred by smokers who choose history and distinction, it has become an aspirational brand for consumers of Cuban black cigarettes, who recognize the quality and excellence of this cigarette.

COHIBA Predilecto emerges as a version of COHIBA, in 2011 that delivers a smoker with less impact, lighter, with a link of 61.5% of blond tobacco and 38.5% of black tobacco, thus diversifying the range of products of the brand with a view to increase its attractiveness for current consumers of export markets.

It is created with the intention of achieving a distinctive flavor in products with blond tobacco through the incorporation of black tobacco, forming a mulatto blend designed to compete with the brands of black and blond cigarettes that are full flavor.

In 2014, BRASCUBA premiered a new version of the brand: COHIBA White.
It is a cigarette that guarantees, together with the perfection of Cuban tobacco, the most delicate of flavors.
The new COHIBA White, gives in a light smoke, the sensations of pleasure and distinction that are exclusive of the best tobacco in the world.
Share