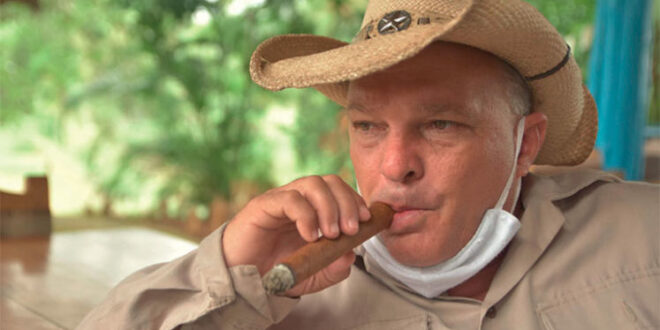 The bad thing is not dreaming

The bad thing is not dreaming

Quemado de Rubí is the name of the farm, and it is due to the reddish color that the tobacco leaf takes during the curing process. It is the diamond of the lands of San Juan and Martínez and is inserted within the tourist product the Tobacco Route, where a sociocultural project now detained by COVID-19 is located. 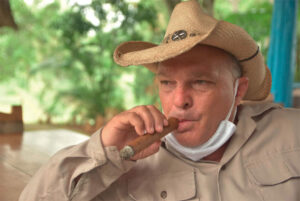 Héctor Luis Prieto Díaz is the youngest Habano Man in the world. Eleven years ago he won the award in the production category, when he was 38 years old, and although his hair already has gray hair and there are furrows on his face due to the passage of time, he continues to show that condition.

Today, without giving up the cultivation that distinguishes it, it takes on new challenges with food production, and joined the group of peasants determined to demonstrate that they can be self-sufficient.

Seeing it as something possible represents a victory, because it breaks with patterns such as: “Those lands are only used for tobacco” or “there are not enough areas”, which together with “the veguero can live on the fruit of their harvest” they created a trilogy of elements that took them away from the optimal use of their potentialities.

Prieto is at the forefront among those who work to reverse this panorama, and in his five caballerias, in addition to the nightshade, there are crops of fruit trees, grains, vegetables, and meats; and there are cattle: goats, dark-coated pigs, race horses, and bulls.

It has two rustic grow houses, built this year and which are already yielding the second harvest.

In an effort not to waste any space in the grow houses, next to the posts that support the structure, he planted cucumbers and the results were so favorable that he intends to replicate the experience in the area of ​​covered tobacco. 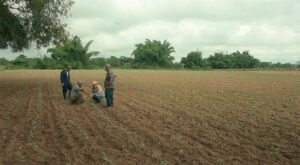 He established the conditions to obtain earthworm humus, thus facing chemical deficiencies, employing entomophages and entomopathogens. He likes to study, and is grateful for the advice of various crop specialists from the provincial and municipal delegations of Agriculture, at the same time that he devised a machine to form staples and mitigate the lack of these for fences.

He also planted pineapple outside the houses, and planted vegetable seeds in the space between them. Every Saturday he goes to the agricultural market. He assures that 2020, so difficult, has been an incentive not to waste any opportunity.

This man, a member of the cooperative of credits and services (CCS) Tomás Valdés, trained as a mid-level technician in Turning – a specialty that he never practiced – defends the value of the family, from the one who conceived it, tobacco company through maternal and paternal line , even the one created by him.

He considers his son his right hand in the management of the farm, and already to the grandson, barely a year old, he seems to want to take him in the same direction: in the morning he walks the little one through the plantations and talks to him as if he were a adult, you know you do not understand. But he is gratified by the attention you pay to his words and the privilege of preference. All three are named Héctor and he boasts of being preparing the relay: “So what’s the use of what I’ve done?”

The wife, Milagros González Álvarez, an excellent host, lawyer, is also part of the team.

With less than a dozen workers he maintains his land, however during the harvest he hires extra labor force. He feels great pride in working the land, in his opinion the most honorable profession because it is where life is guaranteed. He still has projections to materialize, but he prefers not to reveal them because for him: “The bad thing is not dreaming.”