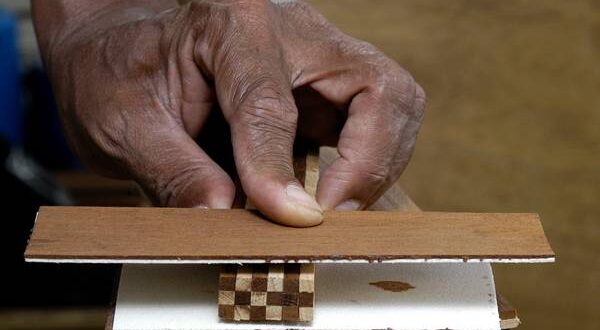 Scultoric work by Julio Cesar Garrido Correa, outstanding artisan from Pinar del Río who has taken part in several international exhibitions in such countries as Spain, France, and Belgium. His works are part of private collections from which some of his cabinets have been auctioned during the Habanos s.a. events.

A humidified cabinet that recreates the image of the Cemí (The God of Tobacco), a magic idol of our aborigines and main object of the Cohoba’s rite, to whom diverse functions have been conferred, always related to the smoking and absorption of tobacco smoke; dedicated to Cuaba brand and crafted from pure cedarwood.

Made by artisan Francisco Eduardo Fortún Abella from Havana city, who followed a course of studies on musical instruments. Outstanding figures of the cuban and international music own instruments made by this artisan.

He got involved with the Habanos’ world in 1995 as a manufacturer of luxury humidors, thus creating a personal style along with a delicate marqueterie. His humidors are part of collections in Spain, Canada, Argentine, the United States, England, and Australia. He has also participated in competitive events where he has obtained different distinctions. In 1988 he won the prize “XX Anniversary of the Cuban Arts and Crafts Foundation” with his de luxe humidor, colonial model, crafted totally by hand from cuban precious woods: cedar; mahogany; cypress, and jíquí. 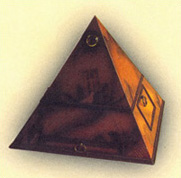 Made by the free lancer creative artist Carlos Espinosa Vega from Havana city; graphic designer and master in marketing. He has worked sucessfully in the design of exhibitions where he has won a lot of prizes, the “Salón 26 de Julio” being among them. He has also made leather items for the smokers´s world.

This humidified cabinet contains 100 cigars of the special and traditional sizes of the new Habanos brand, namely: 25 Cohibas Espléndidos, 25 Trinidad Robusto A, 25 Vega Robaina Don Alejandro, and 25 Cuaba Salomón. The cabinet is crafted from cedarwood and leather; incrusted with leather and gold stamped by using pyrogravure techniques. 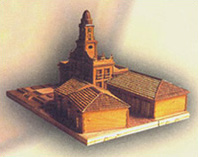 Made by the self-taught artisan Armando Cotarelo Prieto, a member of the Association of artisans and artists of Cuba.

Due to his artistic task he has deserved the first prize in applied Arts in the “First Hall of Colonial Arts of Cuba” (1995), and first prize “FIART’ (International Fair of Handicrafts) in 1997. He is also a member of the cuban selection for UNESCO ‘s craftsmanship prize for Latin America and the Caribbean. His works are part of private collections in Bahamas, Canada, USA and México.

Architectonic set representing one of the most crowded streets of “La Santísima Trinidad de Cuba” town, a city founded in 1514 and declared by the UNESCO as cultural heritage of mankind. Crafted totally by hand from natural cedarwood. It contains 100 Trinidad Fundadores. 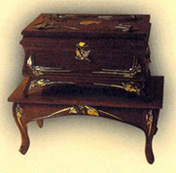 Made by the self-taught silversmith Raúl Valladares from Havana city. Regardless his youthfulness) he has already participated in more than 60 exhibitions both in Cuba and foreign countries. He has obtained a lot of national and international prizes, among them the Picasso medal, handed over by the UNESCO ‘s World Council, and gold medal for his humidors in the Havana ‘s lnternational Fair.

Some of his works are possesed by important international personalities. He is a well known artist in the Habanos ‘ world for his creation of the Habano Man of the Year trophy. He also created the Trinidad Humidor which was auctioned during the special dinner that took place to launch this brand.

This is a craftsmanship work specially designed for this important event. The cabinet is made up by two pieces, the cabinet and the table crafted from cedarwood duly selected for its ageing and aroma. The whole surface of both furnitures have been exquisitly decorated. The cabinet contains 200 Cohiba Gran Coronas, special format made to celebrate the new millennium. lt also contains four exclusively- designed cigar cutters, a silver cigar pack, and a pastel crayon embellished with silver and gold. 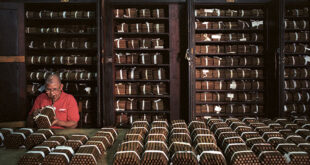 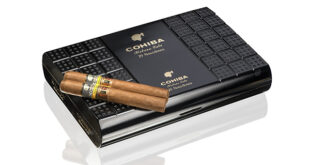 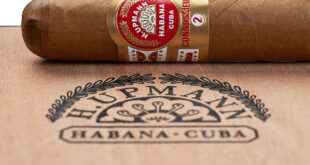 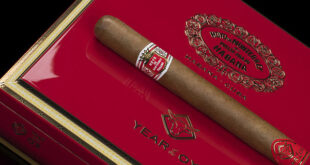