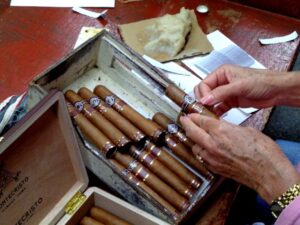 For a very favorable moment the tobacco agro-industry in Holguín is running. So much so that the growing advances in the centennial economic branch, earned this year the province the national headquarters for Tobacco Workers’ Day.

If four years ago, the incipient and reduced planting of covered tobacco in the eastern territory did not exceed 18 hectares (ha), this year there is talk of a campaign of around 50 ha, from which part of the layer required by the country to make cigars for export.

The agricultural efforts, which are carried out in the municipalities of “Calixto García”, Holguín, Sagua de Tánamo and Mayarí, will also aim to plant 964 ha of sun stick tobacco, destined for the national industry, especially for the Cigar Factory Lázaro Peña, of marked prestige in Holguín.

According to Raciel Aguilera Pérez, director of the Company of Collection, Benefit and Twisted Tobacco Holguín, in the territory of Mayarí is where the largest amount of covered tobacco is concentrated, thanks to the agricultural development program started there in 2012 and which It is benefited by the investments associated with the East-West Transfer, the most ambitious hydraulic project that is carried out in Cuba.

The manager points out that for national consumption this year it is planned to produce 38 million units, while for exports the Habanos delivery plan is 16,380,000 units, with a total sales value of over 110 millions of pesos.

He underlines that in Holguín all the activities of the tobacco branch are carried out: agriculture, pre-industry and industry. “We have 22 Base Business Units. Of these, five factories are destined for the production of twisted tobacco for export, 10 for national consumption, and we have a classification and benefit center for the layer, reserved for export.

Among those centers, where more than three thousand workers work, the UEB Jesús Feliú Leyva No.2 stands out, the largest producer in Holguín of twisted tobacco destined for the foreign market and one of the largest of its kind in the country. 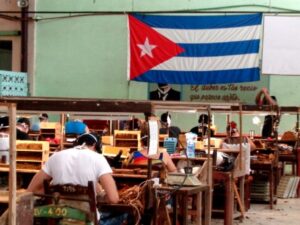 There, among the laborious hands of more than 400 workers, the tobacco production of Holguín reaches the category of art. Dry and brown, the tobacco leaves become elegant and authentic Habanos, which spread throughout the world, bearing with them the seal of Cuba. 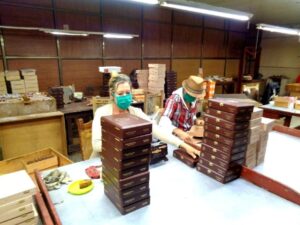 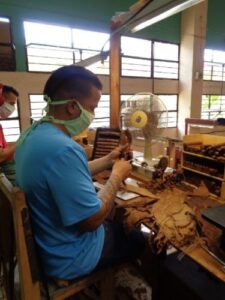 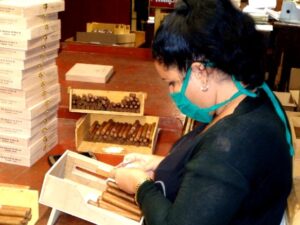 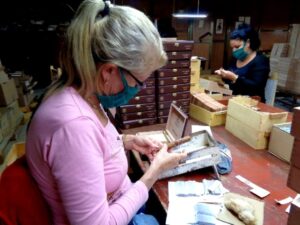