Tobacco production is maintained in Cuba

Tobacco production is maintained in Cuba 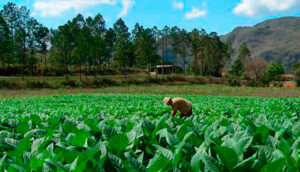 Tobacco in Cuba in the midst of the complex situation caused by COVID-19 and despite the intensification of the blockade, the production of exportable tobacco remains in the country.

Aware of the primary role of the province in obtaining the raw materials with which the Habanos are made, today Pinar del Río is dedicated at the same time to the harvest of the 2019-2020 harvest, to the benefit of the first collected leaves, and to the preparations for the next campaign, reports the Granma newspaper.

Virginio Morales Novo, a specialist from the Tabacuba Business Group, pointed out that there are still 1,800 hectares in the field distributed in nine of the 11 municipalities, and that without neglecting the protection measures established to avoid contagion with the new coronavirus, they remain open. 108 selected and 11 micro-selected.

At the same time, the 1,190 hectares that will be destined to seedbeds in the coming harvest and the assembly of 40 new posture tunnels are carried out.

In total, for the next campaign, it is intended to plant more than 19,700 hectares, an area very similar to that foreseen in 2019-2020, with which it is confirmed that the adjustments to the Economy Plan, motivated by COVID- 19, do not include the reduction of exports in items such as tobacco, as Alejandro Gil Fernández, vice-prime minister and head of Economy and Planning, stated a few days ago.

In addition, with the purpose of improving the soils, work is being carried out to obtain earthworm humus and organic matter, planting green manures, and dumping thousands of tons of cachaça and calcium carbonate.

Although there are difficulties with some resources, our activity continues to be supported as much as possible, because it is a line that has no limitations; Everything that is done is sold, Virginio said.

Recognized with the status of Habano Man in 2018, for his extensive experience of more than 40 years in the sector, the specialist ensures that in the same way that other countries claim to have the best beer or the best wine, Cuba has the best tobacco in the world. world, and therefore its production has no borders.

It is a genuine seal of this territory, something with which nature thanked us, he recognized.

It does not mean that the Washington-led economic war does not affect it, or that access to the United States market would not be very beneficial; but despite the blockade, Cuban tobacco is currently marketed in more than 150 countries and demand continues to grow.

The Second Secretary of the Central Committee of the Communist Party of Cuba, José Ramón Machado Ventura, recently warned that given the effects of the pandemic on the economy, it is necessary to continue promoting everything that generates exports, adding that “tobacco is one of the fundamental lines for the country ”.

In 2019, this important sector generated close to 270 million dollars, a sum that represents around 70 percent of Cuban agriculture exports.

Behind these figures, Las Vegas in Pinar del Río has a decisive weight; from them, and more precisely from the Vueltabajo tobacco massif (municipalities of San Juan and Martínez, San Luis, Pinar del Río and Consolación del Sur), all the raw material with which the Habanos are made comes out, except for the cape, which is also obtained in other territories of the Island.