In the future, the honey vinegar of Baracoa cocoa could achieve exclusivity and excellence comparable to those of Habanos cigars

Baracoa, Guantánamo. – The vinegar produced from cocoa honey in this Guantanamo municipality has the potential to become a unique product internationally, said Julio Joaquín Cabada Ferrera, specialist at the General Directorate of the Ministry of Foreign Trade and Investment Foreign (Mincex).

“It is something natural and exclusive, its preparation does not use preservatives, dyes, or chemical additives of any kind,” said the expert, who explained that “in no other part of the world is vinegar produced in this way, from honey cocoa, raw material that was previously discarded ».

In the opinion of Cabada Ferrera, if these benefits of the aforementioned product are well used, in the future the Baracoa cocoa honey vinegar could achieve exclusivity and excellence comparable to those of Habanos cigars.

From the honey or exudate of the cocoa, resulting from the harvests, and through a fermentation process, which converts it first into alcohol and then into acetic acid, the people of Baracoa extract the promising substance, with potential – judging by what a expert – to lead the market, among its peers.

Dressing and preserving food, in addition to certain medicinal uses, mark a very different destination for those viscous wastes, which, turned into vinegar, lighten the environmental contamination and add value to cocoa.

To make the product, which for now is aimed at the cuisine of the locals and the hotels of La Primada de Cuba, Baracoa has a local mini-industry, whose productive potential does not exceed 4,000 liters per year.

However, the properties attributed to the cocoa honey vinegar, the progressive recovery of that crop, which by 2030 could double its current volumes, and the productive chains underway in that town in eastern Cuba, perhaps could give it some turn to plans.

Previous About Huabao
Next Virginia tobacco in Pinar del Río 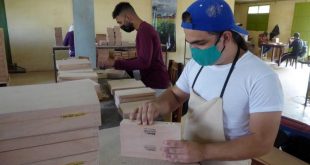 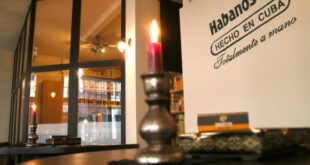